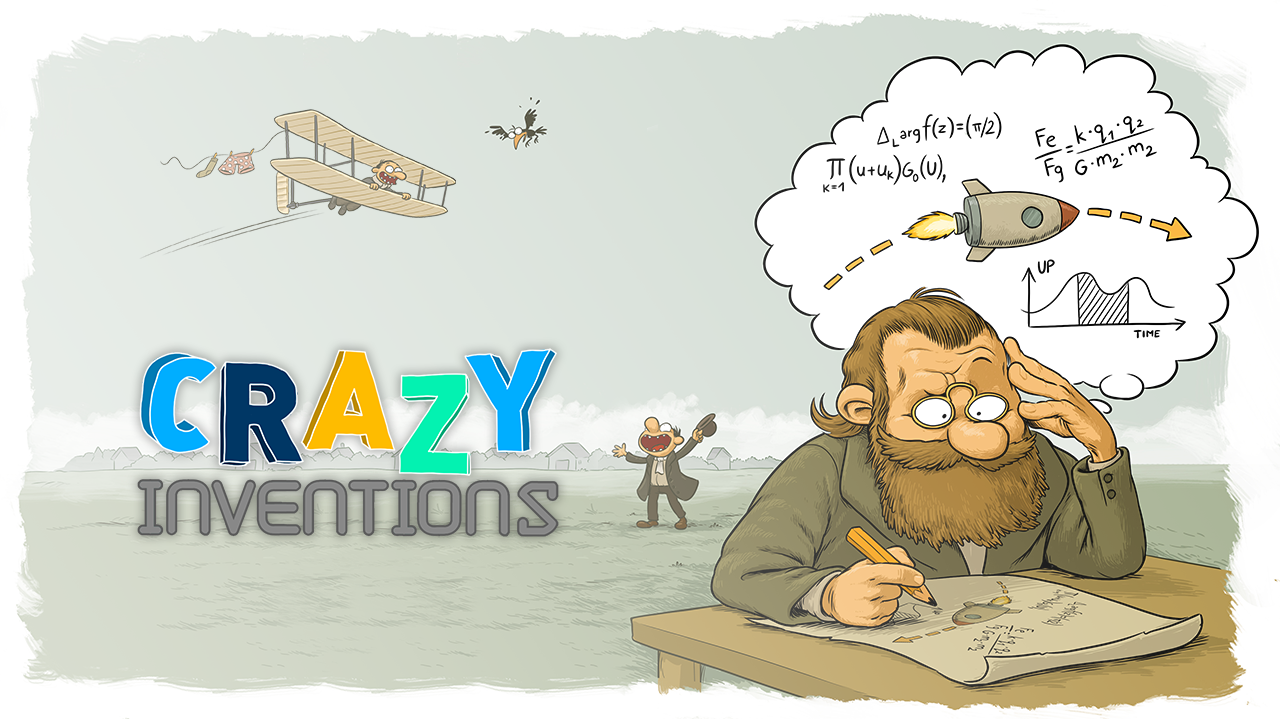 Crazy Inventions
„Crazy inventions” is an educational series for school-aged kids, mainly children in sixth to eight grades. The main hero of the show, Johhny Whizkid (14 years old), has an educational online vlog. He explains to his peers, in an interesting and visually attractive way, how different common objects and phenomena work and how various inventions came about, mixing in funny anecdotes concerning the lives of creators and inventors. The boy is often accompanied by his dog Aynshtein, who’s not the brightest of animals, but is very curious and likes to draw attention to himself. The idea for the show was developed by Tomek Niedźwiedź.

The series is created in 2D/3D animation technique and is at the development stage.